The two winning graduation projects of Heliopolis University were a 3D printer and a robotic human hand. The 3D printer is a machine used to make three-dimensional solid objects. It was developed by two 2017-Engineering graduates: Mohamed Ashraf El Sherbeny and Abdallah Al-Agouz, Department of Mechatronics. 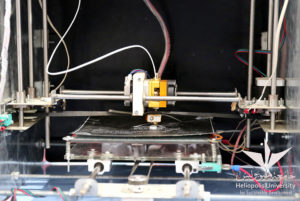 The printing process using this machine starts by creating a 2D computer aided design object. The 2D image is then processed, converting the model into various thin layers. The printer then follows the instructions on the various thin layers to lay down successive layers of material through a print nozzle, called extruder. The extruder moves through its axis to print layer over layer to create the 3D model.

“This 3D printer uses the Stereolithography (SLA) technology” says Mohamed El Sherbeny “It can produce almost any design and hence, it can create many things such as prototypes for products, food wraps, accessories, toys, home decorations, and many others” 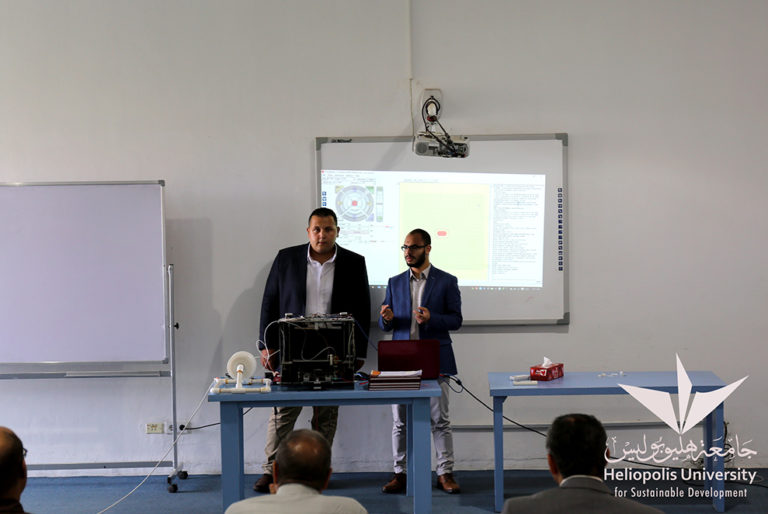 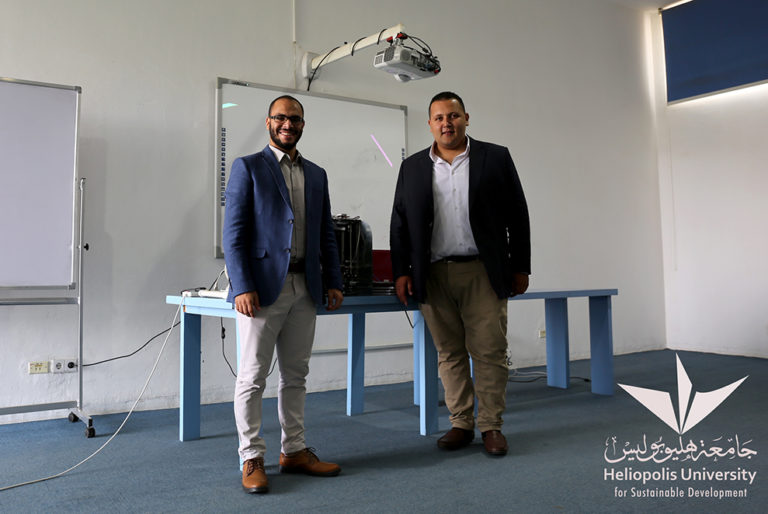 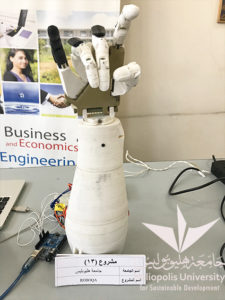 The second project is about a human hand robot (ROBOQA), controlled via a LeapMotion controller. The robotic hand imitates the movement of the human hand without attaching any sensors to the human hand itself. The project was developed by Mohamed Emad Lotfy, 2017 Engineering graduate, Department of Mechatronics and the parts have been crafted using the above mentioned 3D printer.

The idea of ROBOQA is based on receiving a signal from the human hand and transferring it to the robotic hand through the LeapMotion controller. The LeapMotion controller transforms the human hand movements into 3D pattern. The Arduino Uno board receives those readings and transmits it to the six servos that are connected to it, which start to move accordingly. Five servos control the fingers of the robotic hand, while the remaining servo rotates the wrist.

“This robotic hand is the first of its type to be developed in Egypt” says Mohamed Emad Lotfy, the developer of ROBOQA. “All robotic hands that were previously developed needed sensors to be attached to the human hand to send signals to the robotic one. However, ROBOQA can remotely imitate the movements of the human hand without any sensors“. 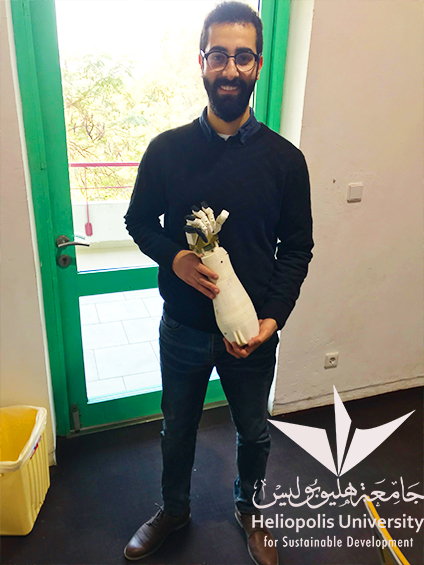