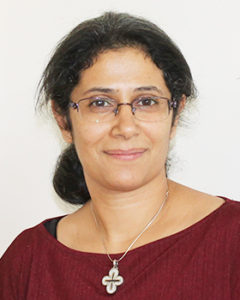 Dr. Nassif’s research interests include drug delivery and targeting by applying the most advanced technologies in addition to developing existing products and delivery systems. She has been recently working on a project about the delivery of natural products into body tissues using nanotechnology.

Dr. Nassif has been awarded the International Publication Award for years 2015 and 2016 in Cairo University. She has published many research articles in the field of pharmaceutics and industrial pharmacy including: