Agriculture is the science and art of cultivating plants. It was the key development in the rise of sedentary human civilization. As the world is trending into new technologies and implementations, it is a necessary goal to trend up with agricultural technologies.

Agricultural robots is booming in this field nowadays in order to facilitate the process.

Industry 4.0 is connecting robotics with the Internet of things technology (IOT) through cloud which facilitates the long distance control of industrial machines, However, IOT plays a very important role in smart agriculture, and smart sensors are capable of providing information about agriculture fields. We are reviewing an IOT and smart agriculture system using automation.

The project goal is to use the latest available technologies to contribute i n solving the problems of agriculture in Egypt. Also, to achieve the 2030 vision for sustainable development and to support the idea of smart systems, through including them in various fields by building a smart agriculture robot. That robot can be controlled by using IOT, and therefore the idea of the project was based on helping farmers in planting seedlings that require high efforts and skills. As a result, the robot installs the seedlings in a correct manner and performs many operations at the same time. It begins by removing obstacles in front of it, and then planting the seedlings. After that, it paves the surroundings of the plant.

Until the robot performs that task at the highest level of efficiency, it will be connected to the internet to monitor it. That can be done by analyzing data, using sensors to find out humidity and monitor soil, and it will be self-driving by using sensors such as high-resolution cameras and microcontrollers, and solar panels will be used as an energy source. And this is what is known as the autonomous robot. 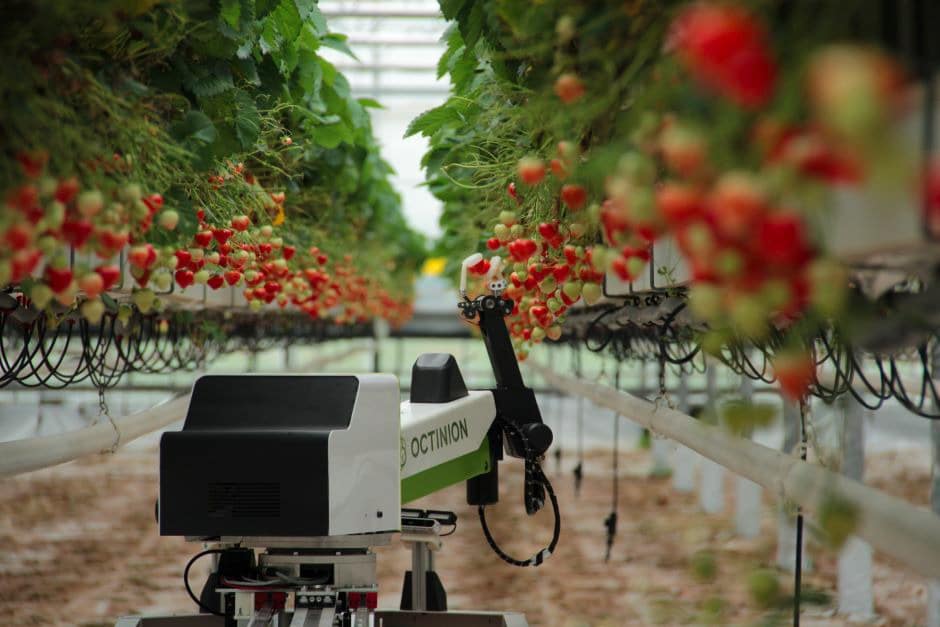