Mr. Helmy Abouleish, Chair of the Board of Trustees 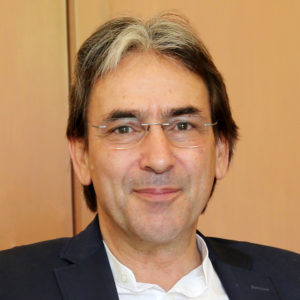 Together with his father, Dr. Ibrahim Abouleish, Helmy Abouleish was deeply involved in the establishment of Heliopolis University for Sustainable Development in 2009. As Chair of the Board of Trustees, he is leading the development of the university and overseeing its strategic departments. He is also the Chief Executive Officer of SEKEM Holding, which consists of five companies (ISIS Organic, ATOS Pharma, NatureTex, Lotus and SEKEM for Land Reclamation). Mr. Abouleish was recently recognized as UN Champion for Facing Climate Change.

For over 40 years Abouleish has been actively engaged in fostering responsible competitiveness, social entrepreneurship, and the abatement of the huge problems of the 21st century, such as climate change and food security. In 2017, he initiated the idea of the Entrepreneurship Center for Social Impact (ECSI) in Heliopolis University, which aims to be the engine for creating sustainable start-ups.